Hikes and Road trip with Dylan

As Landfall was on the ‘hard’ we could not take Dylan sailing so we planned a couple of road trips. Close to Whangarei we decided to take him to the highest point, Mount Mania and then to an underground experience, Abbey Caves. 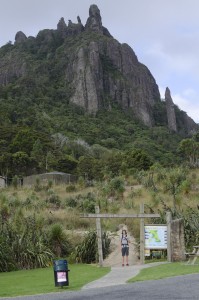 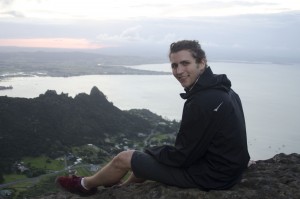 I had already hiked up Mount Mania but this time we decided to do a sunset hike. We  packed a couple of head lamps for the return trip and a couple of beers to enjoy while the sun was setting. Denny decided that he should not go as 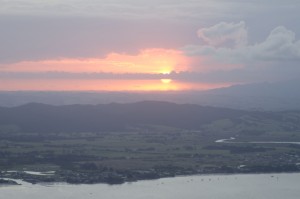 he was not sure if his knee would survive the hundreds of steps up and down, approximately 3.5 kms of stairs. There were a few people at the top when  we arrived but we were soon left alone to sit and watch the sunset. It was an incredible experience to be able to have front row seats to a beautiful sunset while sipping on a cold beer and being able to enjoy great conversation without trying to compete with social network pings and tweets.

Just a few minutes from Whangarei is Abbey Caves and Glow worms! So off we went with our headlamps and Denny was all over this hike! I never could understand why a cave would be more appealing than a mountain top with sunsets but that’s something Denny would have to answer to.

It was a short hike to the mouth of the cave and then with some encouragement from Denny and Dylan I followed them into the cave.  The warning “Only experienced cavers should enter underground, as there are risks from rapidly rising water and roof falls” was enough to dampen my enthusiasm. I did follow the boys for a while but as it got wetter and narrower I was out of there. Denny and Dylan did discover a chamber inside the cave that contained abundant glow worms. What is a glowworm you may ask? Although we see them as a dreamy mass of twinkling lights they are actually larvae (maggots) of a species of fly called a fungus gnat. Maybe not so dreamy!

Dylan had obtained tickets to the yearly Splore festival which included 2 nights of tenting with all day music and festivities. In Mrs Byrne’s Dictionary of Unusual, Obscure and Preposterous Words; defines Splore as ‘Merry making festivities, carousing and frolicking or a good going session.’ Just what Dylan was looking for! 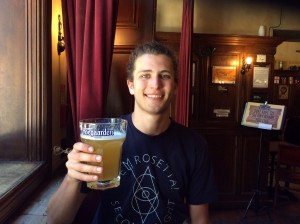 The festival was to take place in a location  South of Auckland so I decided that I would do a little road trip with Dylan to Auckland, enjoy the city and then drop him off at the festival. We stayed at the International Youth Hostel and had a clean,  sparse room for $70 in the heart of the city and it included free parking. Everything was within walking distance so we did a lot of walking. We enjoyed a fine, large mug of Belgian beer at a nice little pub and we now understand why Belgium has won ‘World Beer Awards’. We drove and walked on a few of the volcanoe craters in the city and took the usual visiting family/friend iconic picture on Mount Eden. It was a great bonding weekend. Loved it!! 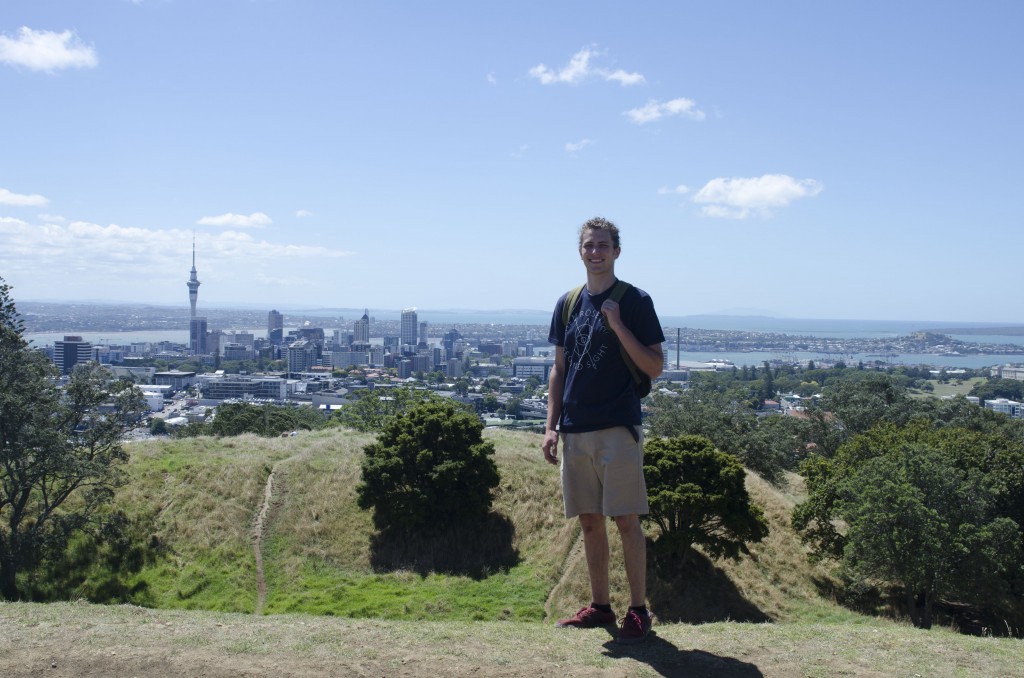