From Tauranga we made one stop in the Great Barrier islands. The anchorages seemed deserted and it was a quiet peaceful place to relax and reflect on what we had accomplished, our dream to circumnavigate New Zealand. We didn’t do much in the Great Barrier except collect a few rock Oysters. We loved it there and plan to return to this beautiful place in the New Year after the bustling holiday season. 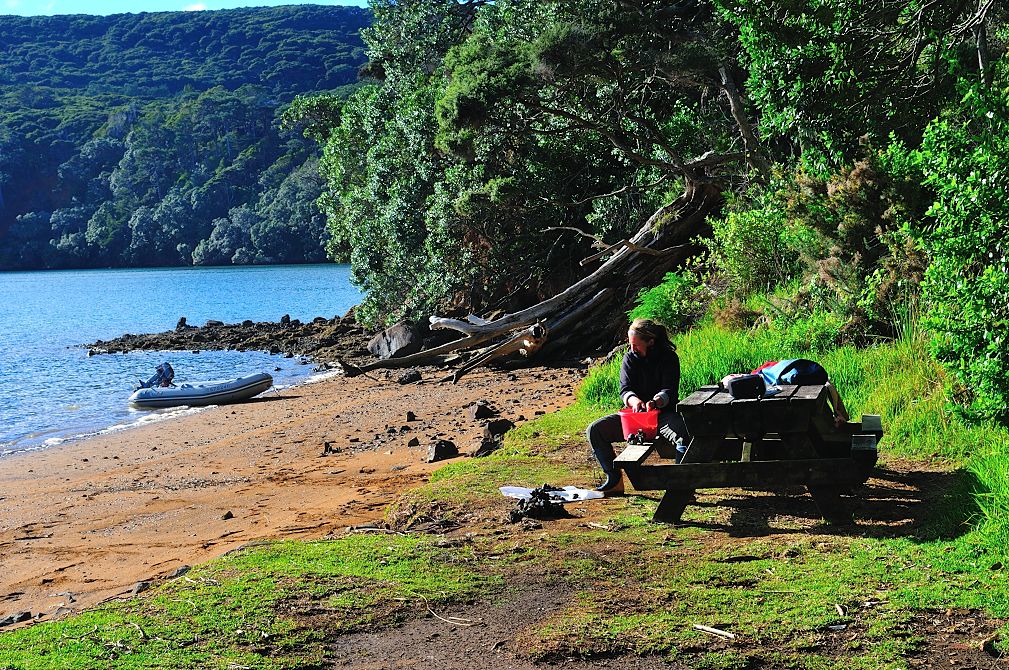 The dictionary’s definition for ‘circumnavigation’ describe the word as the action or process of sailing or otherwise traveling all the way around something, especially the world; the action of going around or avoiding an obstacle; the action of avoiding something difficult or unpleasant. It sure does define our entire experience.

It is impossible to describe how we felt when we passed the charted way point which signaled our completion of the circumnavigation. Feeling overwhelmed with many different emotions, we quietly reflected on our journey.

We made our way back to Whangarei, pulled the boat out of the water and spent a few weeks with great friends before heading back to North America. Landfall will be on dry dock until the New Year as we make plans for our next  sea voyage. In the mean time we will be visiting with the family and continue our road tripping in Japan and USA.

On our first attempt to leave the South Island, we only made it as far as Cape Campbell. The wind was whistling through the Cook Strait from the direction we were trying to sail so it made it almost impossible for us to make any headway. We finally decided to go back to Purau Bay and wait it out for a better weather window. We were disappointed but it just didn’t make sense to keep beating into the wind making very little headway. 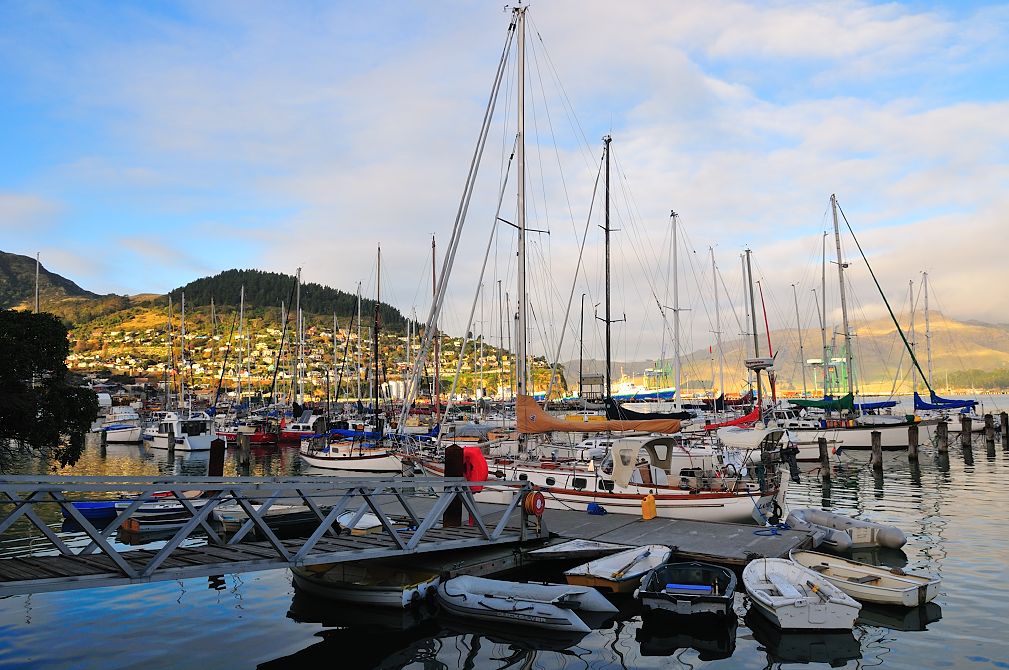 When we arrived back in Purau Bay we decided that we needed to get some fuel as we had used quite a bit trying to motor sail into the wind. We searched the harbor not finding the fuel dock so we headed into the marina in Lyttelton where we found out that the only place to get diesel was in Christchurch. Luckily there was a very lovely couple that volunteered to take Denny and our Jerry cans into town for our much needed diesel. We were invited  to spend a night tied to a temporary docking wharf free of charge and given the combination for the use of the hot showers. We walked to center of town and had a great meal at a cozy little restaurant, Freeman’s Dining Room. We had a goodnight’s sleep before going back to Purau Bay to wait for another weather window. 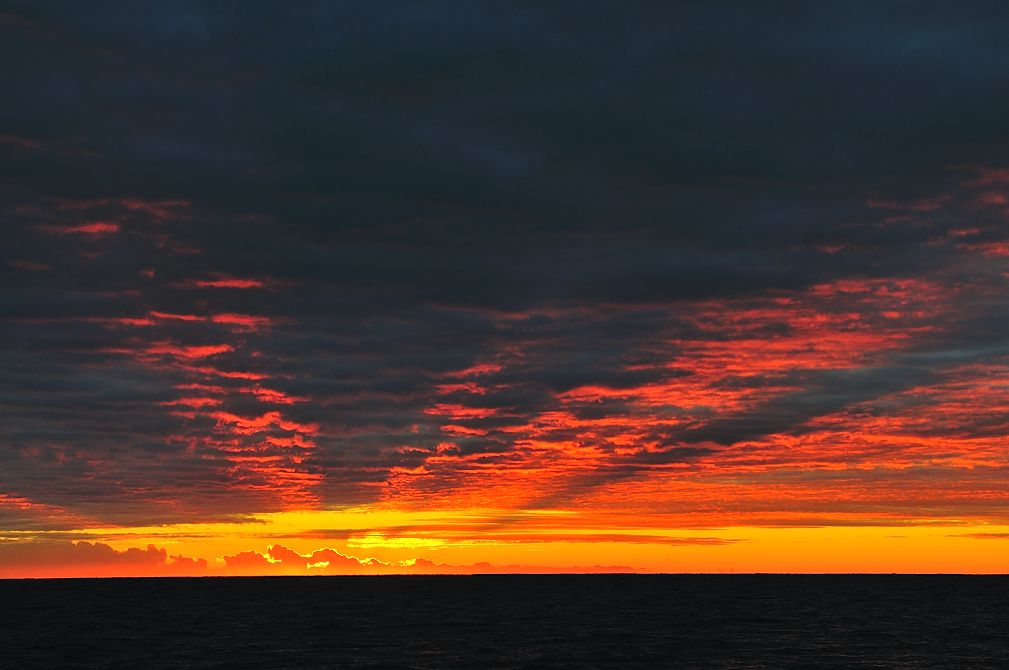 Sunrise welcoming us to the North Island 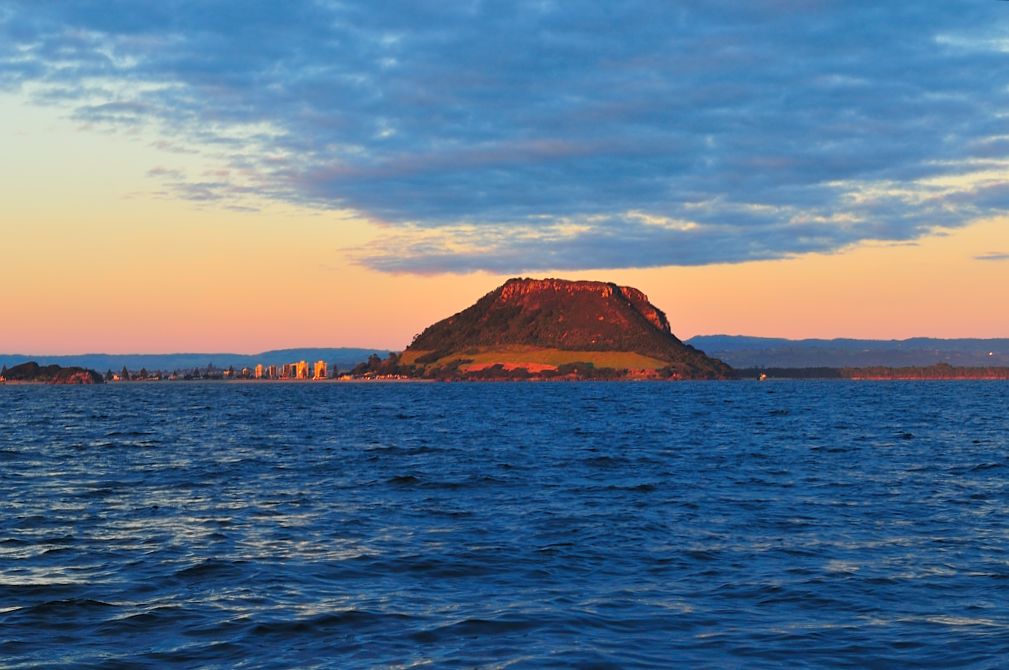 After a couple of days we made our second attempt to leave the South Island and this time we successfully made it to Tauranga but we did have some challenges trying to round East Cape with gusts of 40+ knots. We made it into Tauranga Harbor shortly after sunrise, feeling relieved and happy to be back on the North Island. We did have to get some assistance to tie up to the dock in the marina as there was a 6 knot current.

Tauranga Harbour was a large, well kept, modern marina and although it had everything that we needed it wasn’t a place where we, or particularly Denny, would spend a lot of time in. Landfall seemed a little lost among the large boats with no live aboard people only the occasional weekend cruiser.

We spent a couple of nights, long enough to purchase a few provisions and do a day hike to Mount Manganui. It was a 20 minute walk and a 45 minute bus ride to the  quaint little beach town with many little cafes and restaurants and a large outdoor sea water pool. We did the hike to the top of Mount Manganui and got to enjoy the fabulous 360 view. It was all so vastly different from where we had just come from that it took a while for us to acclimate ourselves to the uber touristy surroundings. We enjoyed the bustling town but we were really ready to finish our circumnavigation so as soon as we got a decent weather window we left the marina and headed for our final anchorage destination, Great Barrier. 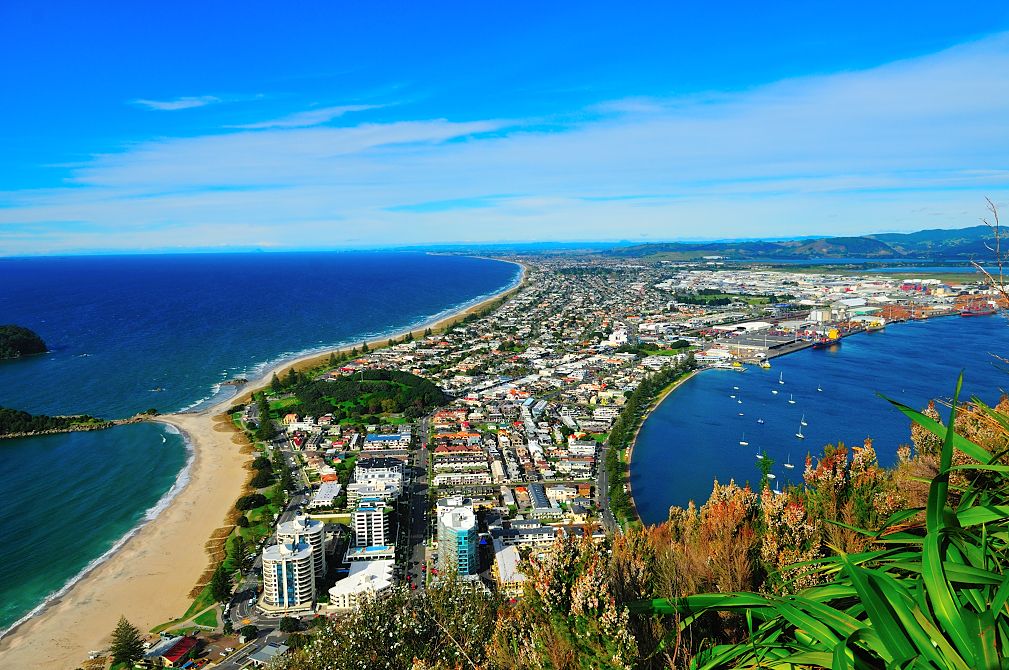 The view from Mount Managanui 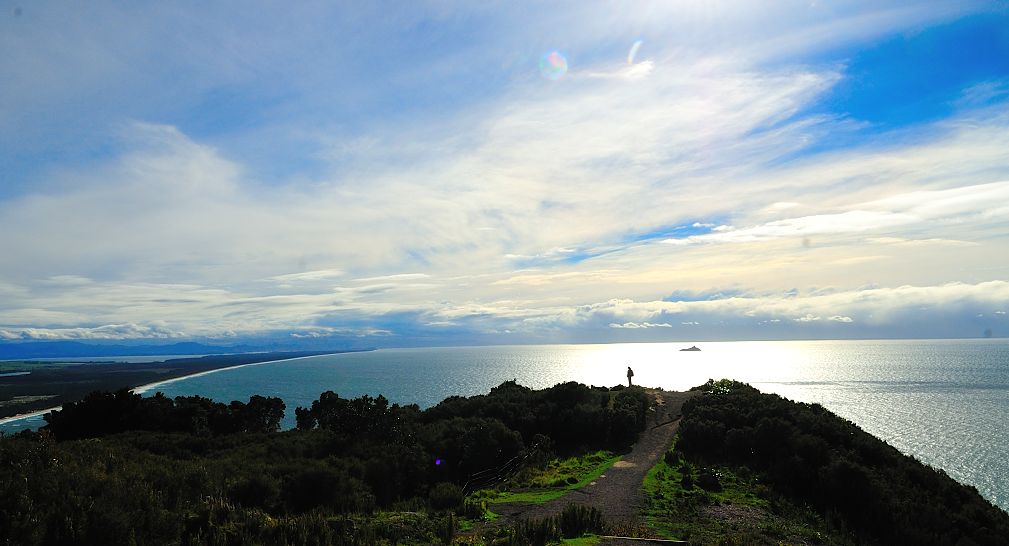 As we motored into Purau Bay it appeared that there were quite a few sailboats anchored there but as we came closer we realized that most yachts were on moorings. We did manage to find a fairly well protected anchorage away from the moorings in 10 feet of water. From this anchorage we were able to take the ferry across to Lyttelton and check out the earthquake devastated marina (which is only now being rejuvenated), the small grocery store and lots of quaint little restaurants. Lyttelton is only a short underground tunnel away from Christchurch which is where most people work and shop. 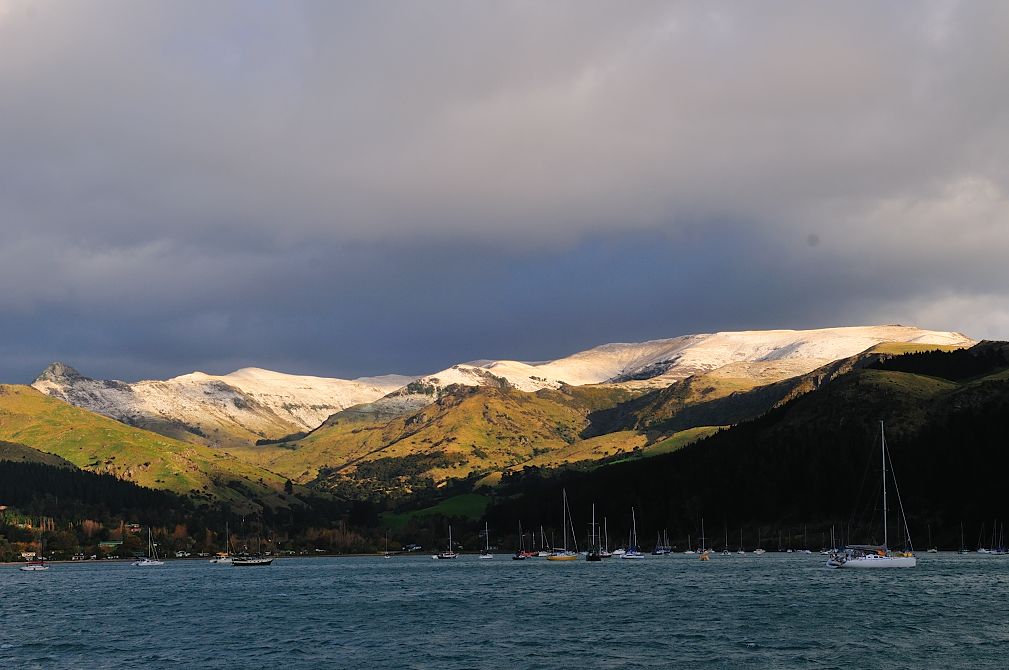 Purau Bay, view from our boat

While we were in Purau Bay we decided this was a good place to jump off the boat and do a little road trip. We rented a car in Christchurch and planned a route that would take us coast-to-coast traversing the Southern Alps via Arthur’s Pass. Our first stop was the Original Sheffield Pie Shop as we have garnered a love for the traditional NZ meat pies. We were not disappointed, bloody good pies!! 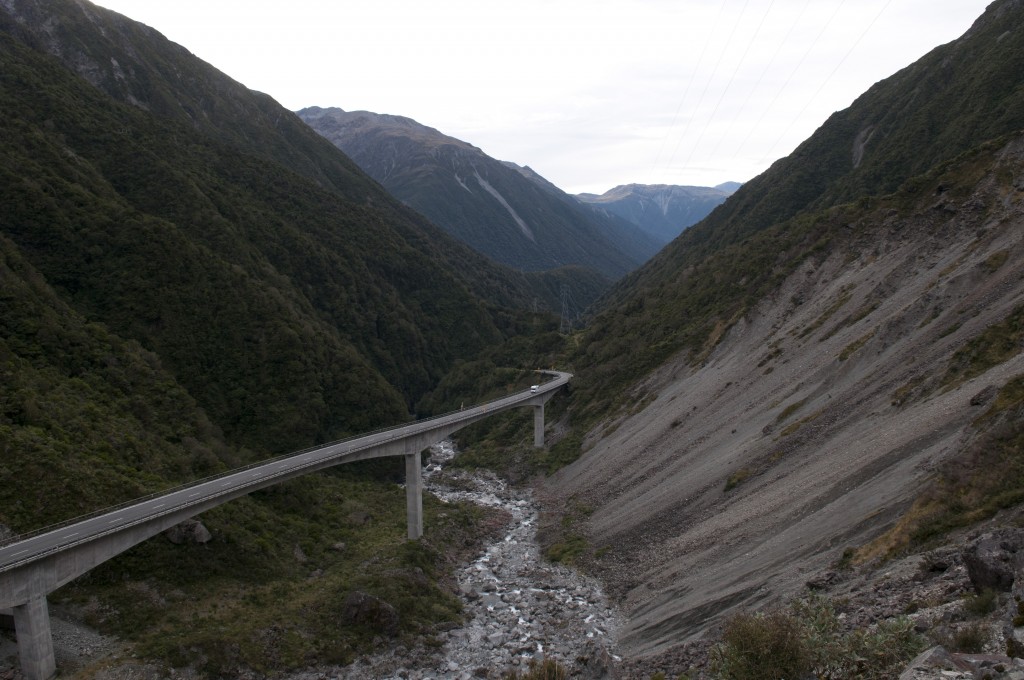 The road slowly wound its way up into the foothills of the Southern Alps and the scenery changed constantly. But the pictures can better describe that. To make our road trip a little more NZ authentic we did follow a sheep transport truck for a little way as we wound our way up through Arthur’s Pass and little did we know at the time that the stream of water being dumped out of the truck was actually liquefied sheep dung. After a while we started to get an odor in the car and during our first stop we realized the odor was very distinct outside of the car from even 10 feet away. Oh well, no worries, it’s a rental! 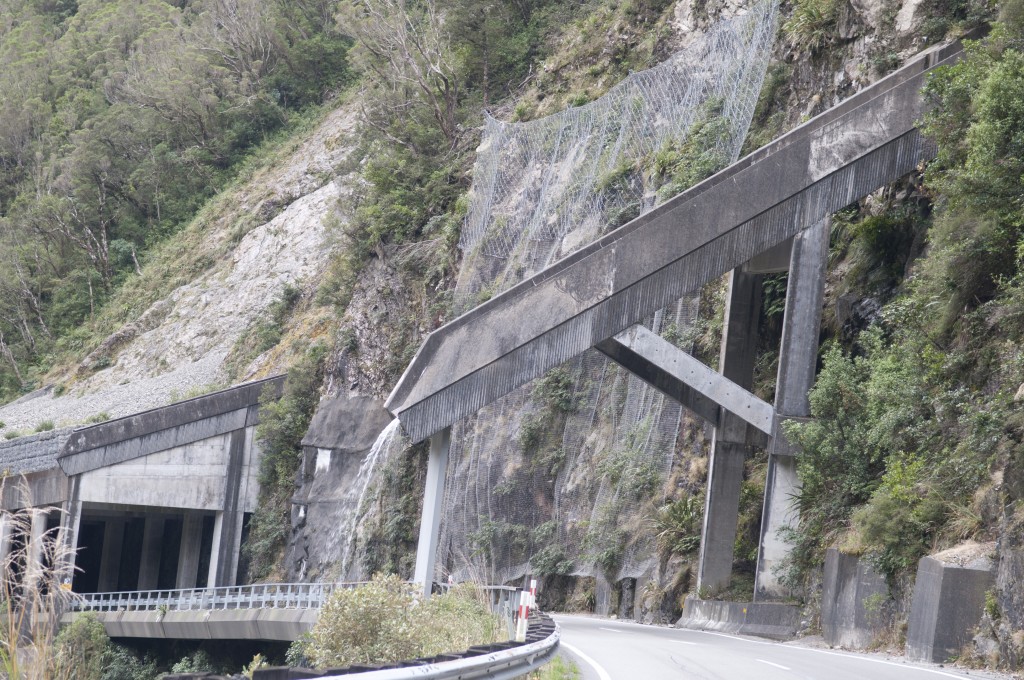 Creative ways to divert water and rock landslides from the road 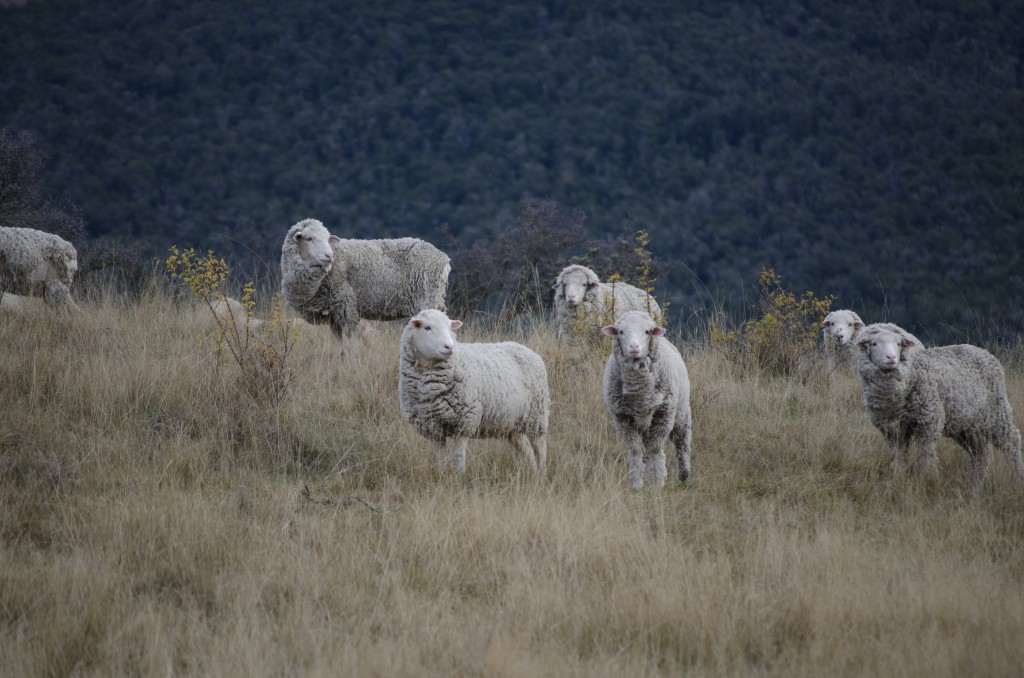 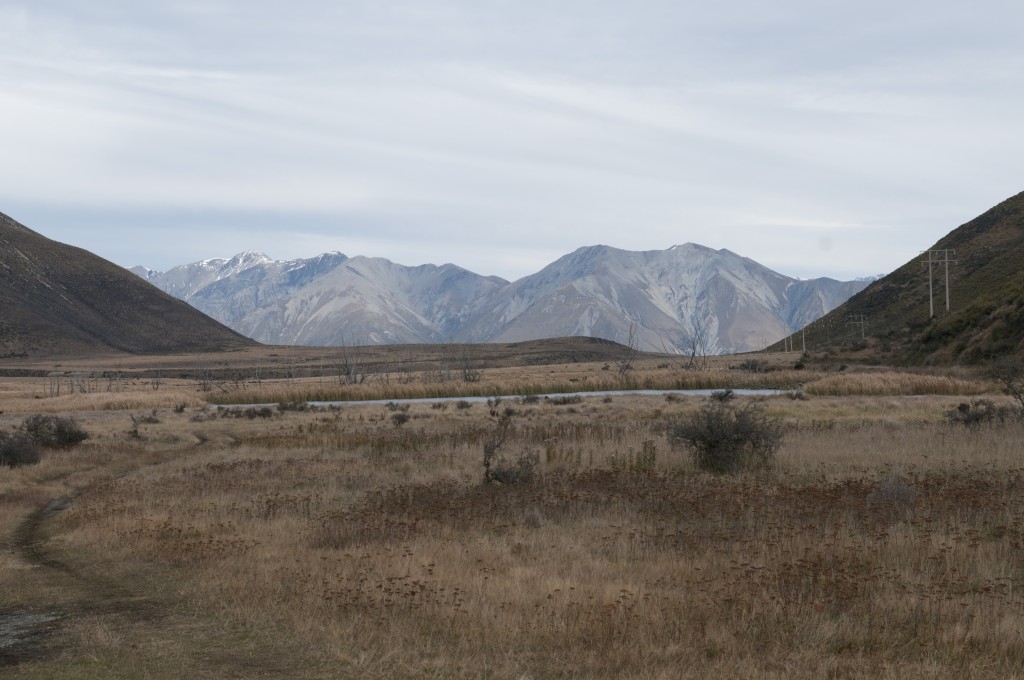 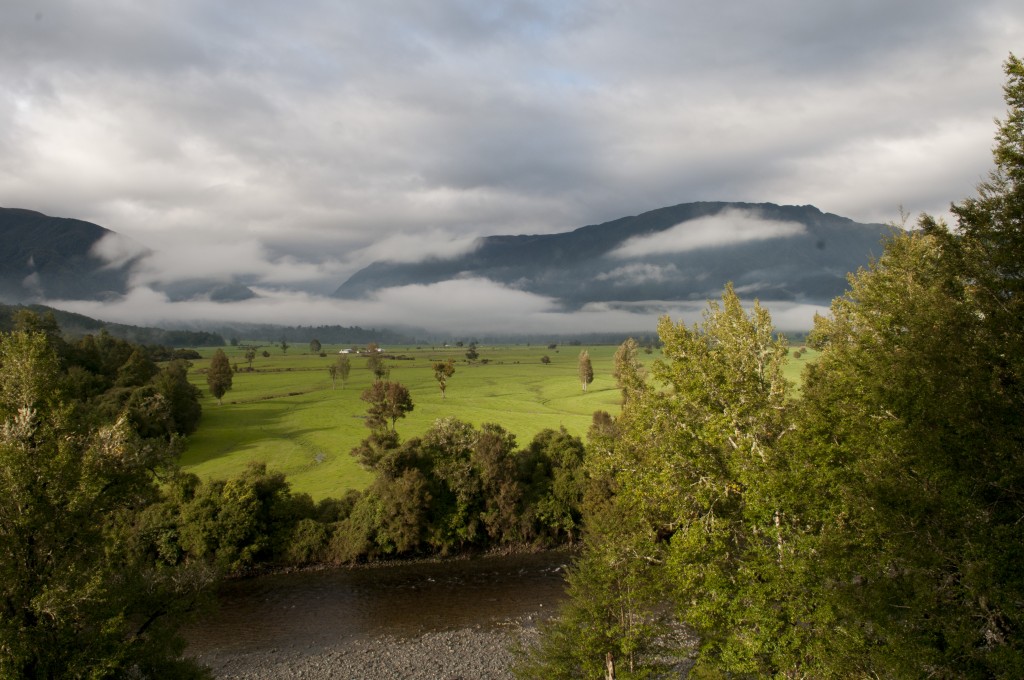 We made it all the way to Greymouth, the largest town on the West Coast and by the time we reached there we were tired, it was getting late and we didn’t feel like driving anymore so we made the decision to spend the night there. We were a little anxious about leaving the boat anchored without us being on board but we checked the weather and there didn’t seem to be anything to worry about for the next 12 hours or so.

We found a great Youth Hostel, Noah’s Ark. Each room was identified by an animal versus a room number. We got the keys for the ‘Pig’ room. Hmmm was it because we hadn’t showered in a week or more, looked a little scruffy or maybe had some sheep dung residue? Whatever… we had a great meal at a nearby restaurant,  took advantage of the hot showers and had a great night’s sleep. We made our way back to Christchurch via the same pass and made a few other pit stops along with another stop at the Sheffield Pie Shop. We made it back on Landfall before nightfall and all was well in Purau Bay.

We were fortunate to be back on the boat as the next evening a weather system passed through bringing with it gusts of 50+ knots of wind. It all happened very quickly. I was standing in the galley and could hear and feel the wind picking up. I suddenly felt the boat moving and at the same time the anchor alarm went off. Dennis was on deck within seconds and quickly started the motor realizing we were dragging the anchor. There was a large Otago University research boat anchored behind us and we were drifting towards it very quickly. Dennis had the boat in full throttle trying to keep Landfall from crashing into the research boat. I radioed the captain to alert him of our predicament and to determine where their anchor was in relation to our anchor. He turned his spotlight on us and advised us that it was safe for us to pull in our anchor. I quickly went on deck with a jacket for Denny as it was cold and raining very hard and he was out there with just pants and t-shirt. I ran forward and proceeded to bring in the anchor and luckily we were in shallow water so it didn’t take much time for the windlass to raise the anchor.  Thanks to Denny’s quick reaction to our predicament, we managed to avoid a collision. We moved to the center of the bay and re-anchored hoping that we could set the anchor despite the driving wind and rain. We put out about an 8 to 1 scope and we were successful in re-anchoring. The weather front only lasted about an hour and we were soon back in calmer weather conditions but we didn’t sleep well that night. All the while we were dealing with avoiding a collision and re-anchoring  we were aware that there was another boat in the same predicament. It was our first experience with the anchor dragging and we were thankful that we were on board when it happened despite the fact that we had a 4 to 1 anchor scope out in only 10 feet of water. It was also the other boats first time dragging anchor and we figured it may have been attributed to some very fine sand in spots. Incidents like that make us more aware of how quickly things can take a turn for the worst when mother nature unleashes it’s fury.

We had to wait a couple more days for a weather to make our way to the North Island and after the anchor dragging incident we were hesitant to get off the boat so that  made the wait seem to go on forever.