Cruising with Becky, Cannibalism in Fiji 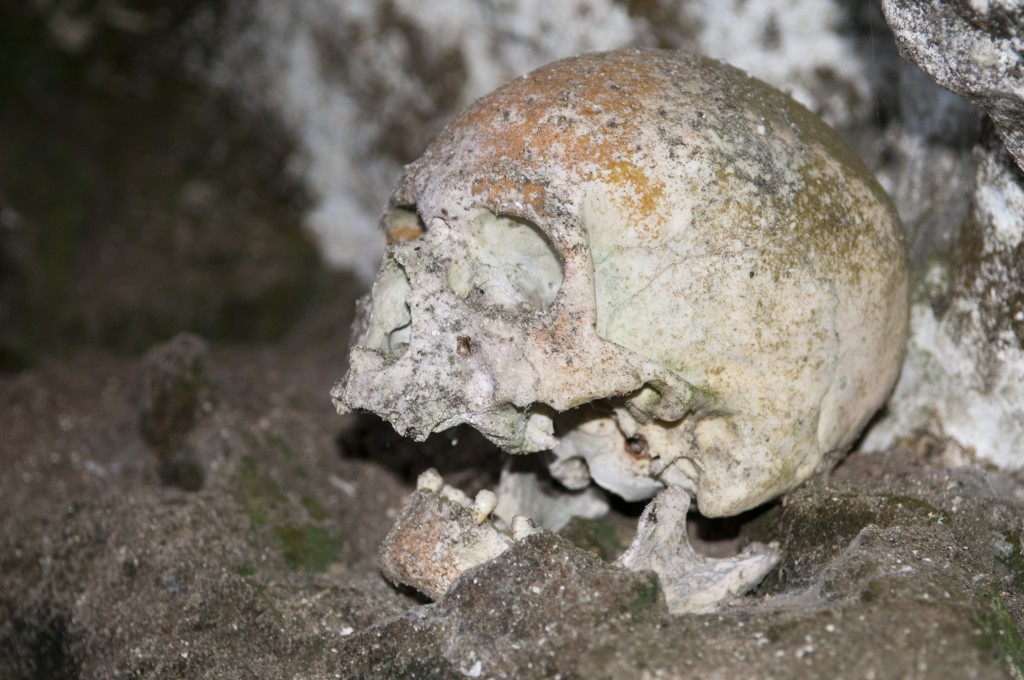 The word ‘Cannibalism’ itself creates an eerie feeling. But it is a fact that cannibalism was a part of life in Fiji hundreds of years ago. This practice of cannibalism increased during the early part of the 19th century and can around the same time ‘white man’ arrived. In the case of some tribes, the prime motive may have been revenge; at another, simply their appetite! or some of both. Our encounter with the locals in the Northern Lau had already given us insight as to how the locals felt about their history and in jest they would talk about eating each other.

From reading other blogs and talking to other cruisers that had visited Fulaga we had learned that there was a cave which held the remains of human bones. So we decided to ask Suki, our host, whether he knew of such a place. He of course did and offered to take us there. After a half hour walk up a somewhat steep incline we arrived at the open ‘gravesite’. 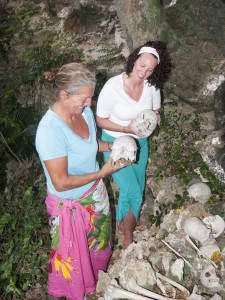 Suki gave us the approval to touch and explore the remains. As I picked up the human skull I got this unnerving feeling as I looked into the eye sockets of what once used to be a human being. We wondered how old the remains were and we were tempted to take a sampling of the bones for DNA testing. Just a thought, well we really did entertain that idea! Suki didn’t offer much of an explanation as to the origin of the bones  and I am not sure if it was because he didn’t know or whether it was better left up to our imagination.

From there Suki gave us a quick tour of the town. On the way back  to his home I noticed a hole dug in the beach that was obviously the size of a coffin. I pointed it out to Becky and she jokingly remarked ‘maybe it was for us!!’  .

Later, after talking to our cruising friends in ‘Barco Punita’ we learned that the people in Fulaga were preparing for a funeral for a local that had died and the funeral was to take place ‘tomorrow’. Was he to be buried in the unmarked grave we saw on the beach?